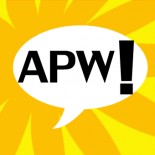 Est. 1949 – An association of professional communicators

What a conference!  I have heard nothing but rave reviews from those who attended and those who presented at the Fall 2011 APW professional development event. Most of the comments focused on the presenters offering instantly usable tactics and demystified some of the noise surrounding social media.  Photos are available at our Flickr site.

Sandy Edwards, deputy director museum relations at the Crystal Bridges Museum of American Art, gave a photo tour of the soon-to-open facility. She pointed out the organic nature of the architecture and the local materials used in construction. “Dramatic” is an understatement. The museum opens 11-11-11.

Kim Souza, Chip Souza and Larry Henry, all of the NWA newspapers, provided participants with insights into the uses of Twitter as a reporting tool. Kim Souza some how manages to keep an eye on some 900 Twitter feeds as she seeks stories.

Gwen Rockwood and Shannon Magsam, found a niche appealing to moms in NWA, starting nwamotherlode.com. The two shared their experiences with creating and managing content and growing their business. And they handed out chocolate!

Lisa Thompson, managing editor of NWA newspapers, drove home the importance of answering the question, “What does this mean?” when pitching story ideas and framing the story when the reporting is done.

Award-winning columnist John Brummett was our lunch speaker. He addressed the brave new world of blogging, the changes it has made in “traditional journalists.” With readers inundated with raw information and selecting only stories they want from the daily buffet of news, Brummett said that the day will come again when readers will need the framing and filtering that was once the province of trained journalists. Oh, and he has gone cold turkey where it comes to his used BMW vice.

Angela Belford closed the day with a humor-filled look at how Baby Boomers and Generations X, Y and Z, use and interact with social media.

Arkansas Press Women would like to thank all of our presenters, and in particular, Debbie Miller who organized and made this whole conference a success.  Debbie managed this all while starting a new job and participating in the annual NWA Gridiron production. Hats off to Debbie! And a big thanks to Ashli Ahrens for her real time conference tweets! Thanks for putting social media to work for us. 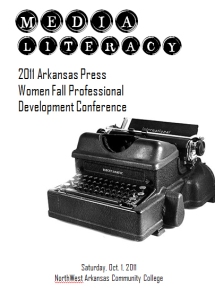